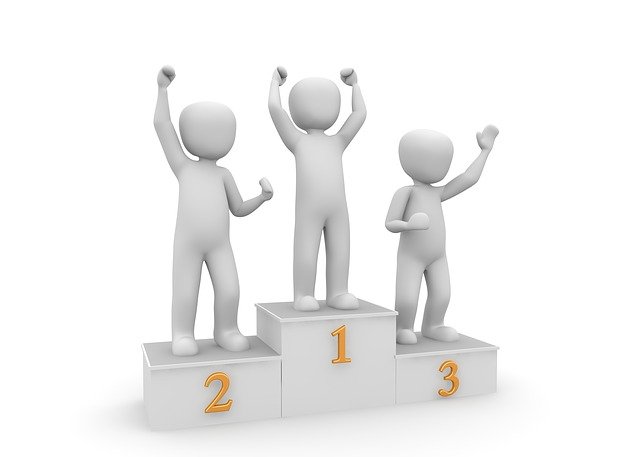 In this post I’ll be giving you the full rundown on Performance Coaching with NLP! You can see for yourself what it’s all about and decide for yourself if Neuro Linguistic Programming can actually work or not when it comes to high performance coaching.

I’ll be giving you the ultimate guide not only on how it can help you as a patient but also the characteristics and requirements of a high performance coach skilled in the arts of NLP so you can get the full picture of all that’s involved.

Sit back, relax, grab a cup of coffee and let’s get into it!

What is Performance Coaching with NLP exactly?

It involves a trained NLP Master who uses Neuro Linguistic Programming methods in an attempt to use this coaching for improved performance of their client in whichever field the client desires.

Examples off the top of my head could be:

A good way to think of NLP is that you are reprogramming your mind! Through techniques like The Swish Pattern, The Anchor and Matching Modalities you can change the way a persons mind thinks about a situation.

Primarily focusing on modalities: the way we see (visual), hear (audio) and feel (kinesthetic) things, a good NLP Master can guide their client through these modalities and tweak them at will to change the way the client feels about the thing they are imagining.

The type of language (Milton vs Meta Model) the NLP Master uses and the deliberate line of questioning like challenging presuppositions also help the client start to see more possibilities and options regarding the problem.

Disassociation is also a hugely effective tool in peak performance coaching with NLP and is basically getting the client to step out of themselves and their first person view of a situation which then allows the client to see the problem objectively and this “distance” from the situation opens up a new realm of possibilities for the client to deal with it.

This can lead to the client no longer wanting to do a bad habit any more (like biting their fingernails) or take away a phobia (like fear of spiders) or change the emotion they feel when confronted with a particular situation (like feeling confidence instead of uncontrollable nerves when public speaking).

If this new program is set effectively in the clients brain then the next time they find themselves in that previously problematic situation they will now activate the program the NLP Master help them set in their session and feel and act the way they desire (confident, happy, motivated etc) instead of what they used to feel in that scenario (fear, unhappy, lazy etc).

HOW CAN NLP COACHING FOR PERFORMANCE HELP YOU PERFORM BETTER?

Situation: A young man needs a sports performance coach to help with his displays on the football field. He has missed some important penalty kicks recently and now gets nervous at the mere thought of taking a penalty!

He wants to regain his confidence and be able to score penalties again. He has tried seeing a Life Coach but the problem persists. Thinking he needs to think outside the square on this one he does some research and is instantly drawn to the “sounds too good to be true” promises of NLP.

He decided it’s worth a shot and goes to see a Neuro Linguistic Programming Master to see if this unorthodox style of sports performance coaching can help him with this problem.

The NLP Master asks the young man to close his eyes and explain what he sees, hears and feels in his mind when he thinks of taking a penalty kick.

He then takes careful note of the submodalities (specific AUDIO, VISUAL and KINESTHETIC qualities) of what the young man describes.

Subsequently, he might then decide to do a technique called “Mapping Across” in which he would ask the young man about another similar situation in which he felt confident. This could be taking penalty kicks in training or even by himself in the park.

Again he would have the young man describe how he imagines the situation in his mind and take careful note of the submodalities.

If done properly this can have an instant effect on the way the client now feels about the situation. It has been likened to a weight being lifted off the clients shoulders and a feeling that the thought is now a lot lighter and happier.

Just for good measure the NLP Master may also decide to set an “Anchor” which is basically a gesture (like an OK sign with the fingers) which instantly gives the young man a shoot of confidence when performed.

This is achieved through imagining a situation in which the young man felt supremely confident in the past and when the memory is reaching the peak of that confident state the NLP Master would instruct the young man to make that anchor sign.

This whole process would be repeated a few more times until just through making that anchor sign the young man would feel that confident emotion.

The young man would leave the session feeling optimistic and looking forward to the next time he could take a penalty in a real game.

When that time comes he would place the ball on the penalty spot and take a few steps back. No nerves would be running through his head since he has already lived this situation before with the NLP Master and now has only positive connotations attached.

The pressure is off and it feels like he’s just taking a penalty kick in a training session.

He then makes an OK sign with his fingers (his Anchor sign) and feels a surge of confidence shoot through him.

He now runs up to kick the ball…

Whatever happens from this moment on happens… The goalkeeper could make a miraculous save or the young man might blast it into the top corner and score an amazing goal. The important thing is that he has given himself the best possible chance of a great result because his mind has no negative thoughts running through it trying to self sabotage him.

NOTE: If you want to know more about this stuff then there is a great NLP Coaching for Performance book related to sport but also useful in improving performance in ANY competitive environment you can check out called…

AHEAD OF THE GAME by Jeremy Lazarus

It sounds too good to be true right?

NLP follows the same golden rule as Psychology and Hypnosis in that it will only work if the client is open and willing for it to work.

The human brain is extremely powerful and can override any NLP Masters techniques if the change is not truly desired or if a negative “this isn’t going to work” attitude is sabotaging any attempts to change.

Go in with an open mind and with the belief that Performance Coaching with NLP will work for you and it can have amazing effects! I’m speaking from experience both as an NLP Master myself and as a client who has had these things done on me with fantastic results.

If NLP and all it’s amazing techniques sounds like something you’d like to LEARN and BECOME AN NLP MASTER with International Certification from the most important governing bodies, then check out this post on THE BEST NLP COURSE ONLINE where I tell you about the same NLP course I did and became a raving fan of due to how amazing it was, has been and continues to be!

Note: As an Amazon Associate I earn from qualifying purchases.